Sense of Place. The city to live versus the city container

“ The city is a place of availabilities. It is the place where a small boy, as he walks through it, may see something that will tell him what he wants to do with his whole life.”  Louis I. Kahn
All the cities have the capacity to reinvent themselves. To choose which direction and mechanisms to take, in order to organize their contemporary spaces and their new relationships, is, without a doubt, a complex decision. However, the first step is a global understanding of the city that frames all new interventions.

The idea behind this installation is to express the lack of a global idea of Chicago that results in two kinds of cities/spaces. One the city of relationships between elements, where each new element is conscious of its context and its relationships, sharing cultural and social spaces, a city with simultaneities, cohabitations, mixtures, synchronicities, opportunities, density, diversity, plurality, culture as interchange…a place that provides opportunities for all kind of relationships.

The visitor, moving through this part of the installation, will become part of the city, and more importantly, will invent and share his own relationships. A city, which obviously has problems, but also has layers of history and identity. He will be able to establish his own relationships through his movements and different points of view. People are necessary in this space; the visitors become its citizens. It’s not possible to imagine this city without its inhabitants.

The other space of the installation talks about the hyper-non-places; some of them as a result of newly constructed, undesigned places; others due to the deconstruction of the existing urban fabric. The city without identity; the city that doesn’t need its inhabitants; the city not to live, but to feel protected; the city with no relationships, no culture, where its new elements don’t allow for any kind of relationships. The visitor, in such a space, built with no sense of scale, with artificial colors, will become a stranger in its own city. On the contrary, new visitors will feel welcome in the other one. How long will they spend in each space? How will they feel? Which relationships will they establish?

The space one, under the ceiling, will be built with four plastic panels covered with black and white phototransparencies, except for the one hanging directly from the wall. These prints will establish infinite relationships between them and will give the opportunity to the spectators to discover and enjoy as many as they want. These pictures will illustrate different aspects and situations in Chicago. The floor could be recovered with pebbles (if the regulations of the AIC allow for it), which would represent a natural material and would make some noise with people walking over. Visitors would feel connected to the ground.

The other space will only have two pictures, one on each wall; both of them with a different artificial color, with no sense of scale, no relationship between them or the spectators. The floor could be recovered with artificial grass, with a very unnatural color. If covering the floor with the described materials is not possible, different pavements for the installation can be used, which will equally illustrate these conceptual ideas that want to be conveyed. These suggested textures could incorporate some text and quotations, too, as it is shown in the model.

“ Where the two times meet, desperation. Where the two times go their separate ways, contentment. For, miraculously, a barrister, a nurse, a baker can make a world in either time, but not in both times. Each time is true, but the truths are not the same.” ALAN LIGHTMAN. 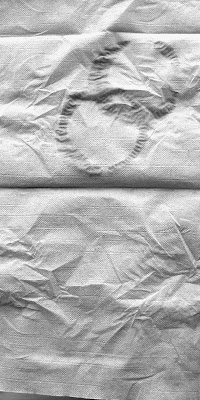 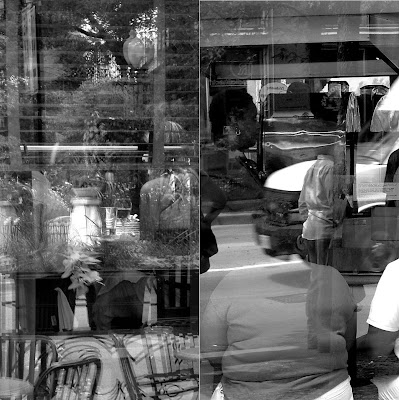 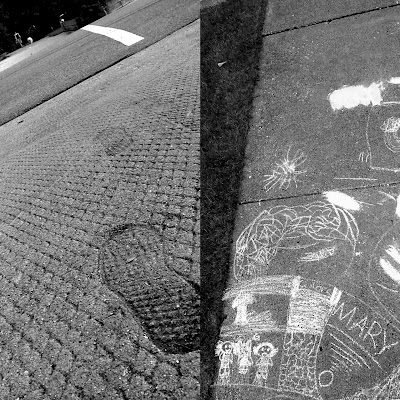 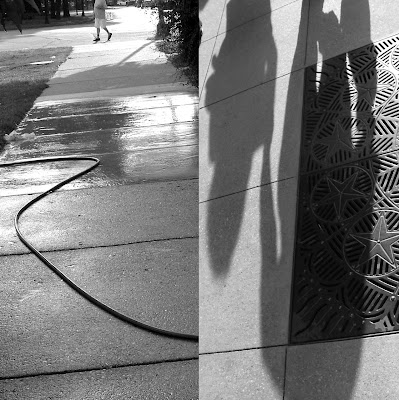 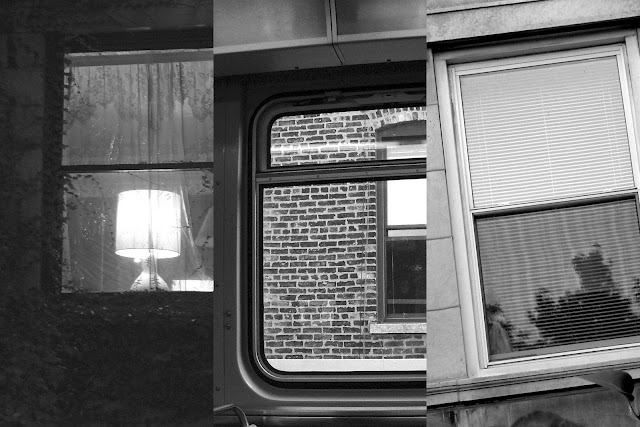 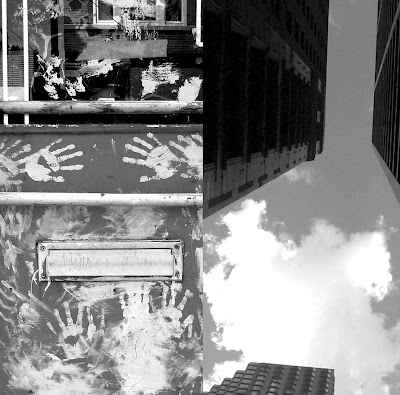 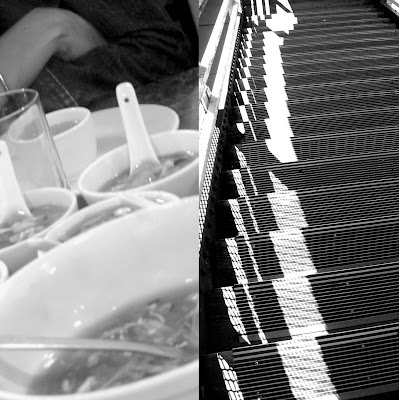 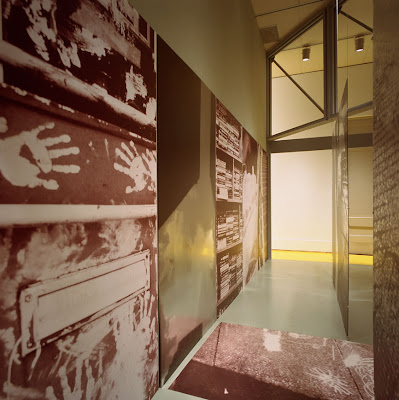 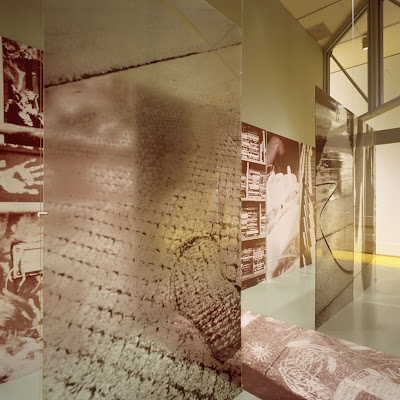 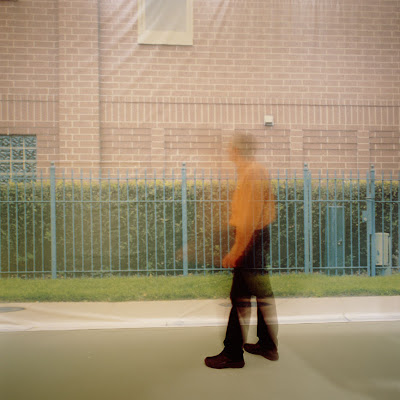 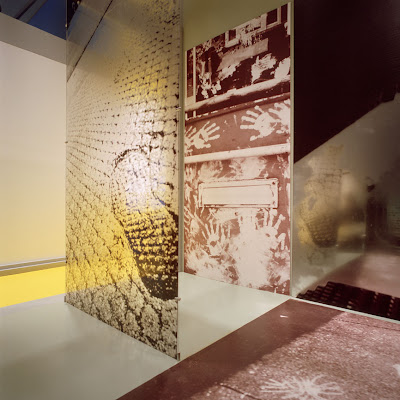 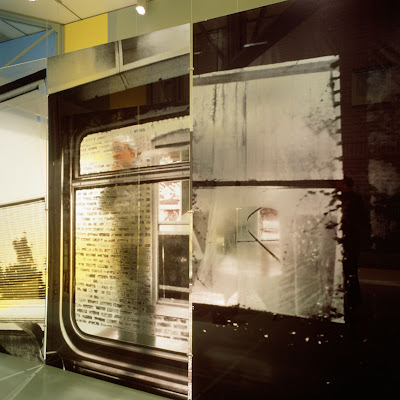 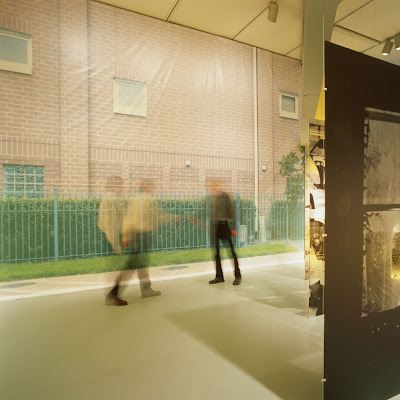 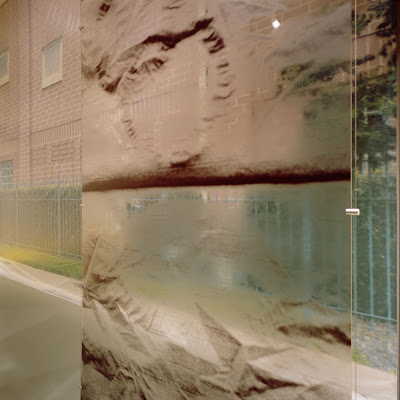 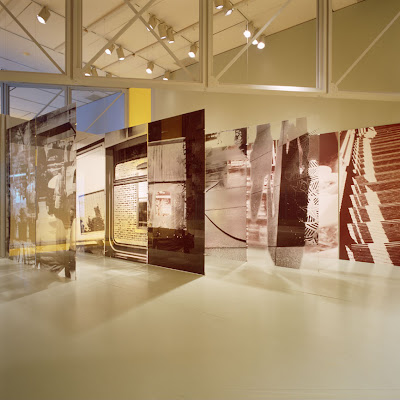 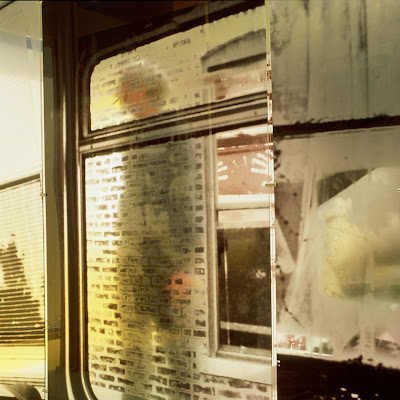